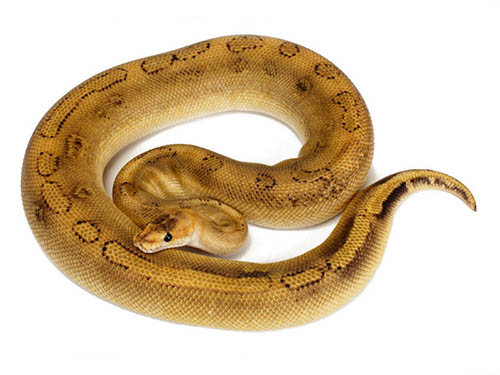 This year has seen some amazing Ball Pythons being bred in South Africa and, as some of us have seen, some of the prices have dropped a bit as expected. This is not a bad thing, as it opens up new morphs and morph combos to people starting out. I think the really good thing is that hobbyists are breeding them successfully in South Africa, which means others can too and it gives the people investing money in Ball Morphs confidence that they can breed them as well and get a return on them! In this issue we decided to take a look at the Champagne Ball Python morph. This morph is still one of the upper-end morphs and there are still many combinations which are yet to be tried. This morph was originally thought to be a dominant morph, but now it has been proved out as a co-dominant morph, which means there is a super form (it works the same as the Pastel morph). Being co-dominant does mean it can be bred out quicker, which is great for many breeders, as they can acquire a male and put it to their morph or even normal females and get champagnes out the first season, and even champagne combos!

The Champagne is an exciting and not-so-common morph discovered and proven genetic in 2005 by Noah from Ghana. A few Champagnes were subsequently released into Europe and the United States. They are a light tan/orange colour, with irregular dorsal stripes and circles, solid white belly, and a two-tone buckskin head. As hatchlings their sides may show a salmon colour, but this fades as they age. New morphs are always exciting because of their unknown genetic possibilities. Champagnes have proven to be a valuable ingredient in producing some wild designer morphs. 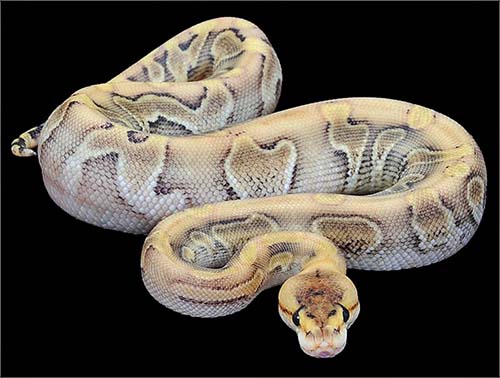 There has been a new line of Champagne Ball Pythons, called the Pumpkin line, which has been discovered by Mike Wilbanks. Below is a question about this discovery from www.worldofballpythons.com.

Question: When did you see the difference between the Pumpkin and the Normal Champagne and what was your first Ball Python morph and when did you get it? – Eric Wachtel

Answer: The first Champagne that I ever worked with was the Pumpkin line. When I received my first animals, I called the breeder and asked if there was a mistake and if he sent me Mimosa or something instead. They were these really insane Orange and Purple animals. Then in 2012, I bred a Champagne Lesser that is from the original line and was getting these tan/brown animals. It was clearly much different. The sceptics came up to me and Daytona and I told them to go get the most orange Champagne that they have produced and bring it to compare. It was not even close. Hence, the birth of the Pumpkin Line Champagne.

There are still sceptical people, but I have never been one to talk about my own line of this or that. I have my own line of Fire that I never even told anyone about. These Fires came from Africa; I figured it was the same gene, quietly proved it was compatible and never told anyone. You didn’t see the “Wilbanks line Fire or ember or flame” or whatever for a reason. Because if it is the same gene, then what is the point – to stroke my ego? This may very well have been part of the original line and somewhere along the way got bred to something that changed it, but it is different. I just can’t sell these beautiful orange and purple animals as the same thing as the tan stripy ones. The decision to separate this into a different line was done with a lot of consulting with people that had them. I was very hesitant, but the truth is the truth. They are different. Anyone that doesn’t believe me is free to keep making tan Champagnes. But remember, Champagne has a colour, it is sort of a tan colour. That is where it got its name. These animals would have been named orange Julius. – Mike Wilbanks 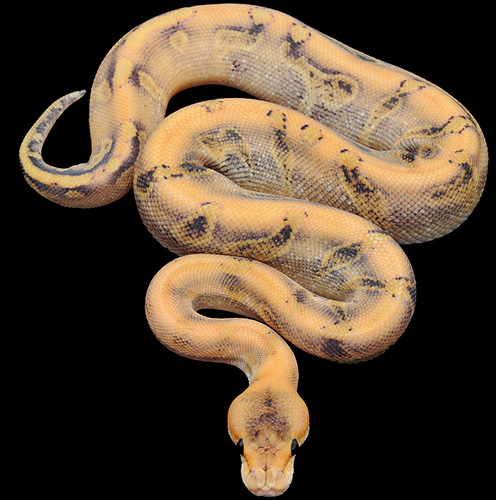 So as we can see the Champagne morph is really a great one to work with and is really good to mix with other combos, which will ultimately help you get some unbelievable high-end combos!