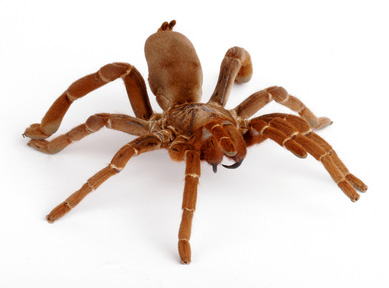 Posted at 10:47h in Arachnids by editor 0 Comments
2 Likes

The origins of the terms New World and Old World came about in the late 15th century at the time when Christopher Columbus made a name for himself as a renowned European explorer. When he returned to Spain having discovered the Americas, an Italian historian referred to him as the discoverer of the New World. Two years later published works also named him the discoverer of the New World, which included North, Central and South America, and the name stuck.

The Europeans having lived on and long since explored the continents of Africa and Asia called that part of the known world the Old World to distinguish between the two parts. Australia only being discovered in the early 17th century, does not fall under either term, but due to the similar nature of it’s tarantulas compared to those found in Africa most hobbyists also classify them as Old World. So therefore the term Old World includes Europe, Asia, Africa and Australia.

Many people that keep tarantulas as pets or that have seen them in pet stores might have heard the terms New World and Old World being used, but what does it really mean, other than where they come from? Well the major difference can be seen in the general instinctive behaviour of the tarantula, especially when it comes to defence and the potency of the venom they possess.

Almost all New World species have a special defence that Old World species do not have. They are covered in special hairs called Urticating satea located on the upper back part of the abdomen or opisthosoma. These are small little barbed hairs that can embed themselves in the skin or eye of the attacker. Common examples of tarantulas available in the hobby which display this characteristic are Brachypelma smithi (Mexican Redknee), Grammostola rosea (Chilean Rose), Acanthoscurria geniculata (Giant Whitknee) and Avicularia avicularia (Pinktoe Tarantula). Exceptions to this rule are the species of the genera’s Psalmopoeus and Tapinauchenius that do not have these hairs and the species of the genus Ephebopus that have these hairs on their pedipalps.

Tarantulas are not born with these hairs, but they form with every consecutive moult as the tarantula grows. The patch of urticating hairs forms around an area of darker hairs on the upper back part of the abdomen and also widens with every moult. When the tarantula gets older and approaches maturity these hairs eventually completely merge with the main tone of abdomen colouration.

Urticating hairs vary in size from 0.06mm to 1.5mm, so they are barely visible to the naked eye. They are used in two different ways. Most New World tarantulas will turn to face away from the threat when they feel threatened. They will then with a fast rubbing movement use their two back legs to kick the urticating hairs into the air in the direction of the threat. Tarantulas that kick hairs regularly can get a small bald patch on their abdomen which would be full of urticating hairs again after the next moult. The species of the genera Avicularia, Pachistopelma and Iridopelma do not kick their urticating hairs, but they rather wait for the threat to come into direct contact with the hairs by touch. Genera classified to have the most urticating hairs are Lasiodora, Grammostola and Acanthoscurria.

Another exception to the rule is Megaphobema robustum (Columbian Giant) which in addition to its urticating hairs also grows spikes on its two hind legs. They are actively used by the tarantula for defence. The tarantula turns around and kicks the spikes at the threat.

Old World species not having the benefit of urticating hairs have to make do with a different means of defence. Their first line of defence is their aggressive personalities and they will not hesitate to bite anyone that tries to touch or pick them up. When threatened they will immediately try to make themselves as big as possible. This they do by stretching their legs out around them and moving their balance to the back four legs. They then proceed to lift the front two legs into the air and bare their fangs to show that they mean business. If the threat persists they will lunge forward and hit either the attacker or the ground in front of the attacker with the two raised front legs. This will be followed by another attack with its only goal being to bite the threat if the first bit of scare tactics did not drive the threat away. Common examples of these tarantulas available in the hobby are Pternochilus murinus (Mombasa Golden Starburst or OBT), Citharischius crawshayi (King Baboon) and Haplopelma lividum (Cobalt Blue).

New World species will eventually resort to the same aggressive behaviour of their Old World counterparts if their urticating hairs and running away does not work. A tarantula’s fangs are still its best defence and it will be used if the need arises.

The potency of the venom a tarantula possesses is the second major difference between New World and Old World species. Tarantula venom is neurotoxic and serious effects are uncommon. Most often tarantula bites in humans are dry bites or bites with no venom which is used more as a warning. No deaths have ever been reported from a tarantula bite, but an allergic reaction or secondary infection is always possible and can make the bite much worse than it would have been. The allergic reaction or secondary infection can be fatal if not treated properly and therefore it is always recommended to seek the help of a doctor if you do get bitten by any tarantula.

The bite from any New World species is reported to be very similar to that of a bee sting. The initial pain is caused by the actual fangs puncturing the skin and some minor effects such as redness and swelling around the bite site. The bite site and surrounding skin might also be a bit sore to the touch for a while after the bite occurred.

Due to the fact that Old World tarantulas are so much more aggressive, bites from these tarantulas are much more common. Unfortunately, the effects of Old World tarantula venom is not well studied, but evidence suggests that their venom is much more potent than any New World species. Serious bites reported by hobbyists occasionally ended in hospitalisation. Symptoms include localised pain and swelling, exhaustion, moderate to severe muscle cramping, laboured breathing and fever, sometimes delayed days after the initial bite. The genera said to have the most potent venom are Pterinochilus, Poecilotheria, Haplopelma, Heteroscodra and Selenocosmia.

New World species are therefore sometimes called docile and are recommended for the beginner. If you do get itchy when working with your tarantula, get yourself some rubber gloves to minimise exposure to urticating hairs. Old World species with their aggressive behaviour are more for the experienced keeper. Also make sure you research the tarantula before you add a new species to your collection. If you tend to be allergic in general be very careful when working with Old World species and always seek medical help if you do get bitten.