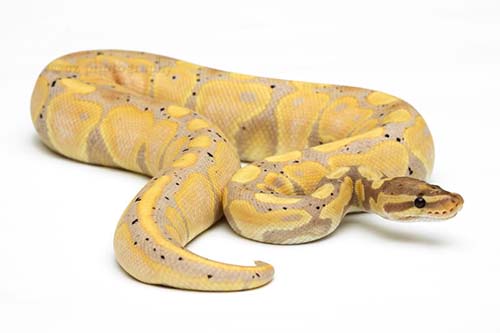 This is a remarkable mutation, and probably one of the most sought-after morphs in the Ball Python world. Over the years, especially when this morph was newly discovered, there was a lot of controversy as many people thought that the Coral Glow and Banana were two separate morphs. Then many breeders started claiming that they had this morph and it was going to be everywhere in no time, and then came the idea that it was sex-linked, which many people didn’t believe! Now, fortunately, we know the truth and the way in which this sex linked co-dominant morph works! As mentioned, many people get confused as this morph adopted two different names, the Coral Glow and the Banana, but it has now been accepted that they are the same morph. 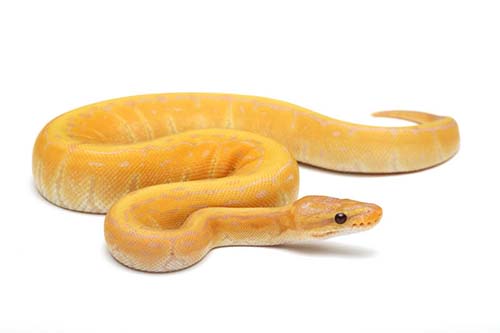 In this article I will refer to this morph as the Banana in order to simplify things. The Banana Ball Python is a light orange and purple colour. As an adult it may show a few specks of dark, melanin-pigmented scales, giving the animal a peppered appearance. This morph was originally thought to be a dominant morph (like the spider and pinstripe morphs) meaning that when you breed it to a normal, 50% of the offspring can result in being Banana, but if you breed a Banana to a Banana you do not get a super form. This has more recently been proven wrong and it has now been listed as a co-domiant morph like a pastel. So if you breed a Banana to a Banana you will get a 25% chance of getting a super banana! This morph is not only amazing on its own but it can also produce some jaw-dropping combos which we have seen coming through over the recent years.

Just when you thought things couldn’t get more unusual and amazing about this morph, it has proven that it is also a sex linked morph! Initially many people were sceptical about this claim, and many thought that it was a made up story to convince buyers that there were limited numbers of males produced in order to preserve the pricing of the project. As the morph was proven co-dominant people with males could then quickly produce large quantities of Bananas and therefore cause a sudden drop in value of the mutation. For those of us who have bought, bred and sold morphs we are all-too-familiar with this price drop, especially with dominant and co-dominant morphs. 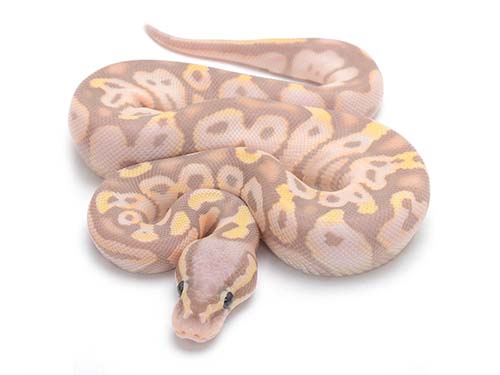 Here is a breakdown of how the sex linking works with the Banana morph:

• If the male Banana was produced from a female Coral/Banana, that male will produce predominantly females (Female makers).

• If the male Banana was produced from a male Coral/Banana, that offspring will produce predominantly males (Male makers).

• All of the non-Banana siblings in the clutch will be mainly the opposite sex.

This sex-linked trait also proves that the Banana and Coral glow are the same morph, as they have the same physical traits and behave the same way. 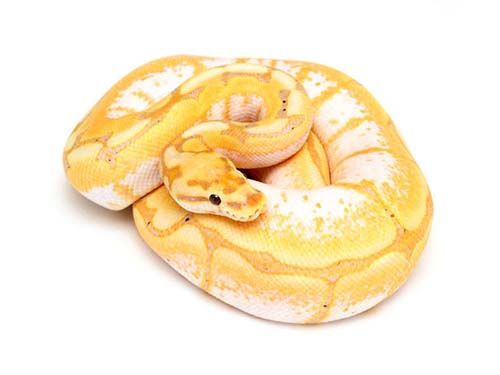 Over all, with the different species of reptiles in our industry today and the amazing variety of morphs we deal with, especially when it comes to Ball Pythons, the reptile world has never seen a morph that works like the Banana/Coral Glow morph. In my opinion this has to be one of the best morphs out there and it has really made a huge impact in the Ball Python world. I think we are going to see a lot more of this mutation in the years to come. With more successful breeding this Ball Python morph will become more affordable but due to it’s amazing colouration there will always be a demand for this morph. This Banana/Coral Glow is a morph that is worth investing in and a must have for any serious Ball Python breeder.