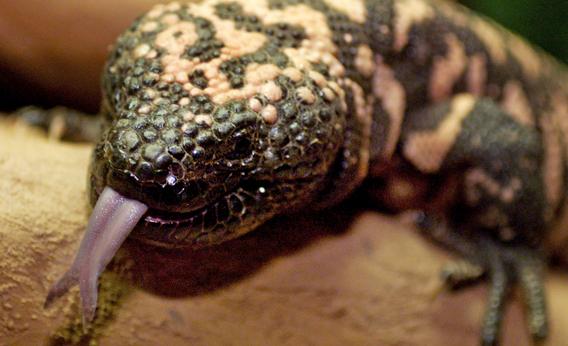 Posted at 11:17h in Blog, Lizards, Other, Snakes by editor 0 Comments
0 Likes 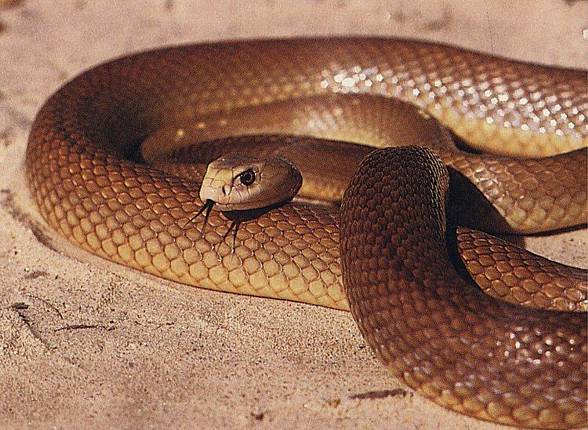 The Inland Taipan is one of the most popular of these venomous Australian snakes.

Reptiles are one of the most diverse groups in the animal kingdom. Their behaviors and physical attributes cover a broad spectrum, which is one of the reasons we humans find them so fascinating.

There are a lot of myths and misunderstandings about reptiles these days, but (thankfully) not nearly as many as in the past. Today, we know more about reptiles than we ever have, and this knowledge has brought to light many interesting facts about these creatures and their lives.

This article is a good example of the amazing diversity of reptiles. Below, I have compiled what I feel are some of the most interesting facts about the reptiles of the world. Some of these are facts about reptiles in general, while other are facts about particular species within the class Reptilia.

1. There are more than 8,000 species of reptiles on the planet, and they live on every continent except Antarctica (where it is too cold).

2. “Cold-blooded” is not the best way to describe reptiles. Their blood is not necessarily cold by itself. But they are ectothermic, which means they get their body heat from external sources. Reptiles cannot regulate their body temperature internally as humans do.

3. Reptiles are among the longest-lived species on the planet. For example, large tortoises such as the Aldabra tortoise can live for more than 150 years. Alligators can live nearly 70 years. Ball pythons, a popular type of pet snake, can live up to 40 years (consider that before getting one as a pet).

6. It is a fact that more Americans die each year from bee stings than from snake bites.

7. Certain types of snakes can go months without eating. This is especially true of the big constrictors, such as the Anaconda and the reticulated python. Snakes eat large meals (relative to their body size), and they have much slower metabolisms than we humans have. This partly explains how they can go so long between meals.

8. Most kinds of reptiles do not tolerate the cold very well. But the Blanding’s turtle (Emydoidea blandingii) is sometimes found swimming under the ice in the Great Lakes region of the United States.

9. Snakes and lizards flick their tongues in the air to capture scent particles. They don’t smell through their noses like you and I. Instead, the use their tongues to collect scent particles and then pass the particles over something called a Jacobson’s organ to decipher the air around them. This is partly how reptiles hunt for food.

10. True to its name, the African egg-eating snake (of the genus Dasypeltis) prefers to dine on the eggs of other animals. It will swallow the egg whole, and then use tiny “spikes” extending internally from its spine to crack the egg open and swallow the nutritious contents. Lastly, it will regurgitate the unneeded egg shell in a neatly folded piece. 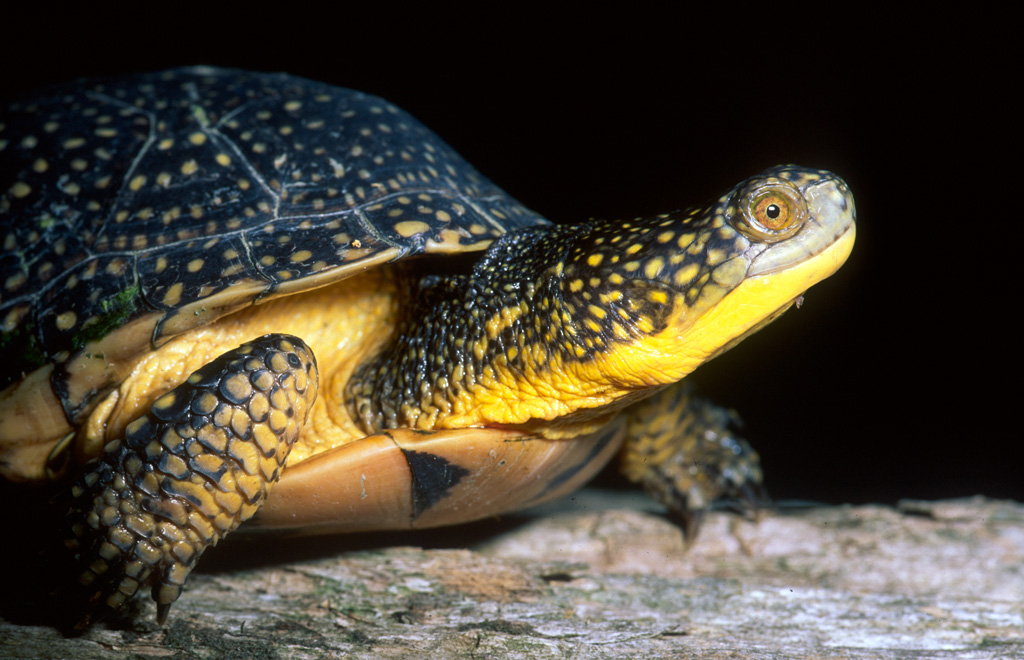 Most kinds of reptiles do not tolerate the cold very well. But the Blanding’s turtle (Emydoidea blandingii) is sometimes found swimming under the ice in the Great Lakes region of the United States.

11. Contrary to popular belief, chameleons do not change their color to blend in with different backgrounds. Chameleons are naturally camouflaged with their surroundings (most are predominantly green to match their treetop environment). The fact is that chameleons change their color in limited ways, usually by brightening or darkening their skin. But these color changes are related to temperature regulation and emotional changes. A frightened or angry chameleon, for example, will become extremely bright in color.

12. The skulls of snakes are made up of many small bones that are interconnected in a flexible fashion. This is entirely different from a human skull, which is one solid piece. This allows snakes to expand their jaws and heads in order to eat prey items larger than their heads. A common garter snake, for example, could swallow a frog more than twice the size of its head. Large constrictors such as the anaconda can expand their jaws to an almost alarming degree!

There are so many neat facts about reptiles that it’s hard to write just one article on the subject. But let’s continue anyway with our list of 21 interesting reptile facts…

13. Many people think that reptiles are slimy. But the fact is that reptiles do not have sweat glands like you and I have, so their skin is usually cool and dry. I have several pet snakes for example, and people who touch them for the first time always say the same thing: “Oh wow, they’re not slimy at all.”

14. The scales of all snakes (and many lizard species) are made of keratin, which is the same substance that makes up the hair and fingernails of humans.

15. Snakes shed their skin in relation to their growth rate. A young snake will shed more often because they typically grow fastest during the first two years of their lives. An older snake will shed less often as its rate of growth slows down.

16. The world’s longest snake species is the reticulated python, which can exceed 30 feet (10 meters) in length. While reticulated pythons typically grow longer, the anaconda could be considered the largest snake by overall size and weight. The anaconda is a heavy-bodied snake and can weigh well over 300 pounds. Learn more about types of big snakes.

17. While the reticulated python and anaconda are the largest snakes in general, the king cobra is by far largest of the venomous snakes. It can grow to lengths of more than 18 feet (6 meters) can weigh in excess of 20 pounds.

I told you there were a lot of cool facts about reptiles worth knowing. And this only scratches this surface. Let’s continue…

18. Some species of gecko use their tails as a defensive tool. When attacked, the gecko will wiggle its tail to lure the attacking creature. When the animal bites onto the tail, the gecko can detach the tail and make its escape. In most cases, a new tail will grow in place of the old one.

19. Most snake species lay eggs. But about one-fifth of all snakes bear live young instead. Rattlesnakes and boa constrictors are examples of snakes that bear live young.

20. Many states such as Georgia and Texas still engage in “rattlesnake roundups,” in which rattlesnakes are gathered from the wild and slaughtered by the hundreds. These activities are mostly practiced by ignorant rednecks who think that rattlesnakes are somehow evil or malicious. Eventually (one can hope), such practices will be outlawed … ideally before yet another species of animal goes extinct on this planet.

21. Reptiles are the oldest type of animal on the planet. Turtles, for example, have been on the planet for more than 200 million years, in basically the same form as we see them today. For this reason and many more, reptiles deserve respect from us humans. They do not deserve fear or persecution!

These 21 interesting facts about reptiles merely scratch the surface. I could just as easily have expanded this list to be 50 interesting facts or even 100. But the point of this article is merely to give you a glimpse into the fascinating world of reptiles and, hopefully, pique your curiosity that you conduct further research into the subject.

Snakes and lizards flick their tongues in the air to capture scent particles. A Gila monster lizard